Microsoft has officially unveiled the new Surface Laptop 4. Just like the rumor mill predicted, the company has primarily focused on hardware improvements, as the design remains essentially unchanged on the latest model. However, Microsoft has introduced a new ‘Ice Blue’ color option instead of Cobalt Blue.

The new Surface Laptop 4 gets 13.5-inch and 15.5-inch versions, and both models come in a choice of AMD and Intel processors. Hence, customers can choose whether they want an Intel or an AMD processor to power their Surface Laptop 4. The Intel variants pack 11th generation chips and integrated Iris Xe graphics, while AMD versions come with Radeon graphics integrated.

In terms of color options, the AMD versions of the device will only be offered in grey. However, the Intel versions will come in Ice Blue, Platinum, Sandstone, and Black. Meanwhile, the 15-inch variants will come in either grey or black for both AMD and Intel configurations. 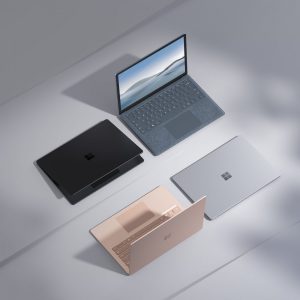 The Surface Laptop 4 is now available for purchase in the United States, Canada, and Japan, with more regions expected to get the new device in the coming weeks.

© 2023 • Everything Microsoft • All Rights Reserved